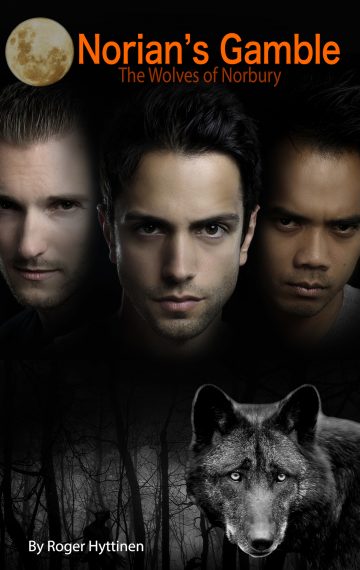 Prince Norian spends his days training with the courtesans and studying his lessons, preparing for the day when he’ll eventually be king. But all that changes one evening when, in an act of spite by a vengeful sorcerer, he’s bitten by a werewolf. As a result, he now bears the curse of the wolf.

When he learns that there’s a haven for werewolves in a town called Norbury, Norian sets out, hoping to find a cure there. What he didn’t count on is the handsome and charismatic Kalen, the current leader of the Norbury pack. Both men are confused by their odd physical reaction to each other until they learn that they just might be each other’s one true mate.

But all thoughts are mating are pushed aside when the sorcerer makes another offensive move, leading Norian to have to make one of the most important decisions he’ll ever have to make — one that will affect Kalen, his kingdom, his new wolf pack, and his very life.

Note: This story contains explicit love scenes between adult males 18 years and older and is intended for mature audiences.

Norian’s Gamble is the first story in the Wolves of Norbury series, taking place in a fictional world where kings still rule, werewolves are real and sorcerers run amok. Each book in this series is a standalone and will contain no cliffhangers.