You are here: Home / Library / The Magician’s Secret 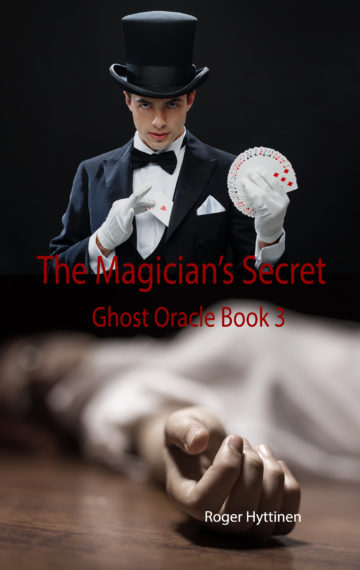 Available Now!
AmazonKoboBarnes and Noble
.
At the beach the next day, a strange girl runs up to Nick and asks him to help her before she is brusquely escorted away by her group leader.  After she leaves, the same ghost from the previous night appears before Nick, claims her daughter is innocent and begs Nick to help her.  She then vanishes.
.
Nick later discovers that the ghost’s daughter is accused of her mother’s brutal murder and is locked up at a psychiatric facility awaiting to be tried as an adult. After visiting the young girl at the facility, he reluctantly decides to help prove her innocence.
But why was the ghost at the magic show? And how is the magician tied to the murder of an innocent woman?
.
As Nick becomes more involved with the girl and her ghostly mother, things only get stranger in the coming days — and more dangerous for him, the magician and the magician’s son. When an attempt is made on Nick’s life, he vows to step away from the situation. But the ghost – and the murderer – aren’t so quick to let Nick get away.
.