You are here: Home / My Novels / Ghost at the Prom is out! 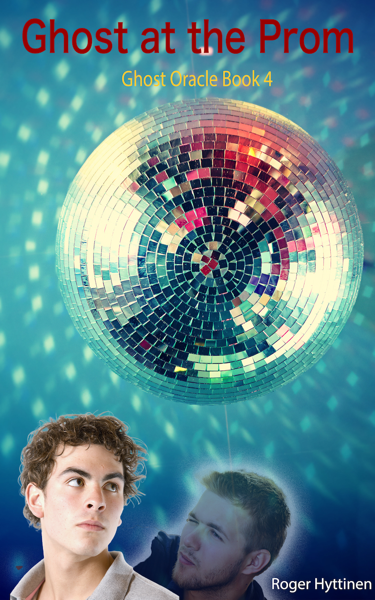 Not to toot my own horn (but I will anyway), the fourth book in my Ghost Oracle Series is out. It’s entitled “Ghost at the Prom” and is available in ebook and paperback format. The blurb is as follows:

At the high school prom, sixteen-year-old psychic medium Nick Michelson notices a frightening ghost who seems to be haunting a boy from another school.
The spirit threatens Nick and warns Nick not to come near him or the boy again.

If you’re not familiar with the series, it follows a sixteen-year-old high school boy named Nick Michelson who has the ability to see ghosts. Using his tarot cards and the assistance of his friends (and boyfriend), he helps the ghosts with their unfinished business and often gets in huge trouble in the process. The books can read as standalone, though this is a recurring plot thread that runs throughout them, which will be tied up in the sixth book.

You shouldn’t have to wait too long for the fifth book in the series as I already have it mostly written. Keep your eye out for it in the next couple of months.