You are here: Home / Archives for Spotifiy 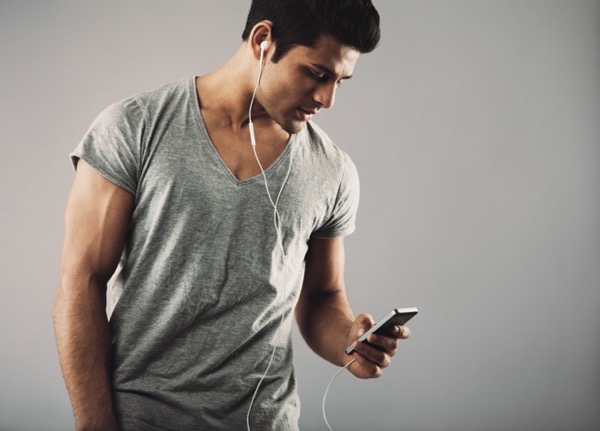 For the past several years, I’ve gone back and forth between three premium music streaming services: Apple Music, Spotify, and YouTube Music (formerly Google Play Music). What’s funny is that I never tend to stick with one of them for longer than a few months. Of course, this is mostly just me being wish-washy (as I am with many things), but it also boils down to the fact that each of them has distinct features that I like — as well as those I don’t.

I’ve subbed and unsubbed many times to Apple Music. Given that I’m somewhat of an Apple fanboy, it makes sense for me to subscribe to their service since I’m well-entrenched into the Apple ecosystem. Apple Music works flawlessly with Siri and with their other devices.

But it usually doesn’t take me long to get sick of Apple Music constantly pushing Hip Hop and Rap music down my throat. Okay, well, maybe not down my throat. But whenever I listen to a recommended playlist, it’s rife with those two genres, neither of which I listen to nor enjoy. As for why Apple Music continues to recommend those to me, I have no idea. I have a music library with over 70,000 songs, and not one of them is Hip Hop or Rap. Now, I have nothing against these genres — hell, I have a friend who’s a Hip Hop musician. But those are just not music genres that I enjoy (I’m more of an easy listening and jazz guy). You’d think that after all these years, Apple would know my musical tastes. I kept hoping that eventually, Apple Music would learn my music tastes, but alas — I’m still waiting.

I’m also not a massive fan of their app, and I find that Apple Music on the Mac is still a nightmare. Their iOS app has gotten a bit better, but it’s still not a favorite of mine. It seems to be buggy, especially when adding music to the queue (which works only part of the time). And again, disliking songs seem to have no effect whatsoever on what’s the app recommends to me.

However, there are a lot of positives about the services. First, the sound quality is excellent. Apple Music streams content at 256kbps, using AAC, and they’ve recently introduced lossless audio compression that true audiophiles may appreciate.

Another plus is that you can easily access your own music via any device. They also offer a human-curated Radio station, which features top artists and shows, and is excellent for discovering new or unreleased music.

I always manage to find my way back to Spotify on a regular basis, probably because, in my opinion, this service is the best for music discoverability, and they excel at tailoring playlists. As for recommendations, they always nail it, and because of them, I’ve discovered many new musical artists over the years. Their daily recommended mixes are typically spot-on, and I love their Discover Weekly mix, which changes weekly. Their collaborative playlists are also a favorite feature of mine.

They’ve recently added podcasts to their offerings, which I don’t use as I typically listen to them using an iPhone app, but this might be a plus for other people. Their app is also beautifully designed, ascetically pleasing, and user-friendly, and they make it easy to find the content you’re looking for quickly. The Spotify platform is also supported by most voice assistants—including Siri, Google Assistant, and Alexa.

Truth be told, there’s not really anything that I dislike about the service. Additionally, choosing the highest quality on Spotify will get you a stream of 320kb/s, while YouTube Music and Apple Music max out at 256 kb/s (though now Apple offers a lossless streaming format for specific devices).

So if I don’t dislike anything about Spotify, you might be wondering why don’t I stick with it? That’s because the third service, YouTube Music, offers a couple of things the others don’t. For one thing, my spouse has a family membership to YouTube premium, which means that even if I switch to another service, we’re still paying for it.

What I really love about the service, however, are the music videos. Formerly, I spent a lot of time on YouTube watching them, but now, they’re rolled right into their music app. I enjoy watching my favorite artists perform their songs live. And in addition to official releases from record labels, YouTube Music has tons of remixes, fan-created covers, mashups, and more, resulting in quite a massive music selection.

But probably the main thing that keeps me with the service is that I love the fact that it also comes bundled with ad-free YouTube. That is to say, I never see ads when I’m watching videos on YouTube — it’s all part of the premium package. Though I don’t find their music discoverability quite as good as Spotify’s, they do have several recommended mixes from which I’ve found new favorite musicians.

Another huge plus for me is the ability to upload my own music. While I can access music I own on Apple Music, it’s not quite so easy with Spotify and requires a bit of hoop-jumping (in other words, it’s a huge pain).

The verdict is inconclusive. There are things I love about each of them, and there have even been times where I’ve subscribed to more than one of the services: YouTube Music & Spotify or YouTube Music & Apple Music (and one time, all three). But then I think about what a waste of money it is, given that their music libraries are mostly similar.

So, for now, I subscribe only to YouTube Music but will undoubtedly be revisiting the others in the future as they are all worthy competitors, and I’m often tempted by the greener grass on the other side.

How about you? What’s your favorite music streaming service?