You are here: Home / Archives for Gadgets 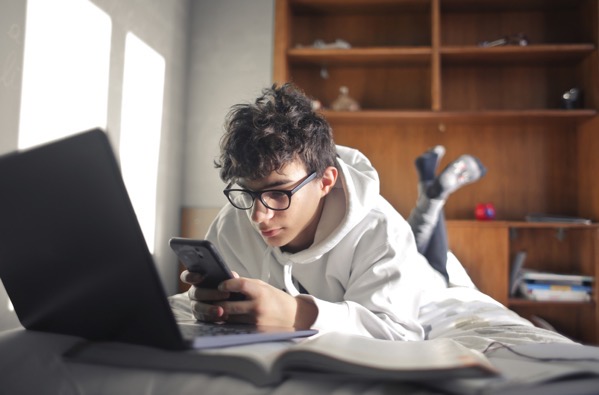 People are always asking me about the tools that I use to be productive, so I thought I’d do one of those, “end of the year” type of posts where talk about my favorite tools, apps, and services that I used most in the past year. I’m sure I’m forgetting some, but here are the ones off the top of my head.

For tools, my iMac and my iPad Pro top the list. In the past year, I have used my iPad Pro more and more, especially since recent updates made the operating system even more powerful and more flexible. I do a lot of my writing on the iPad these days and typically only use my Mac when heavy lifting is required, such as photo and video editing (though I do plenty of photo editing on the iPad). Oh, and I suppose I should include my iPhone as well, given that it never leaves my side. 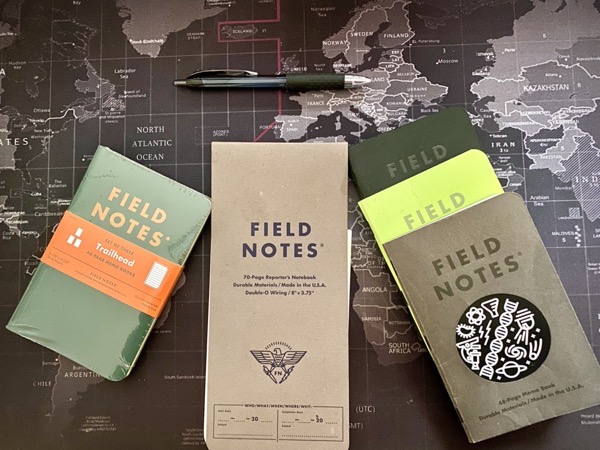 Though I do a lot of work on the computer, I also enjoy analog note-taking/journaling. I’ve been a Field Notes subscriber for many years now, and I always have one of their notebooks with me wherever I go. I use them to jot down story ideas, bits of dialog I overhear, things I need to do, things I need to buy…you get the picture. They basically serve as a “brain dump” tool, and I use them for anything I want to remember later — those short-term memory tidbits that pop in out of nowhere.

For physical journaling, I use a Moleskine Classic Notebook XXL ( 8.5″ x 11”), and this is what I use for my bullet journal. This is where I keep all of my lists, trackers, calendar and daily to-dos. It’s also where I do my long-form journaling. I used to keep a separate journal for long-form writing but have since migrated them into one. These days, my long form basically consists of things that happened during the day that I might want to look back on or otherwise remember. I’ve also begun transcribing my notebooks into Day One, a popular journaling app for the Mac — which brings me to my next category: 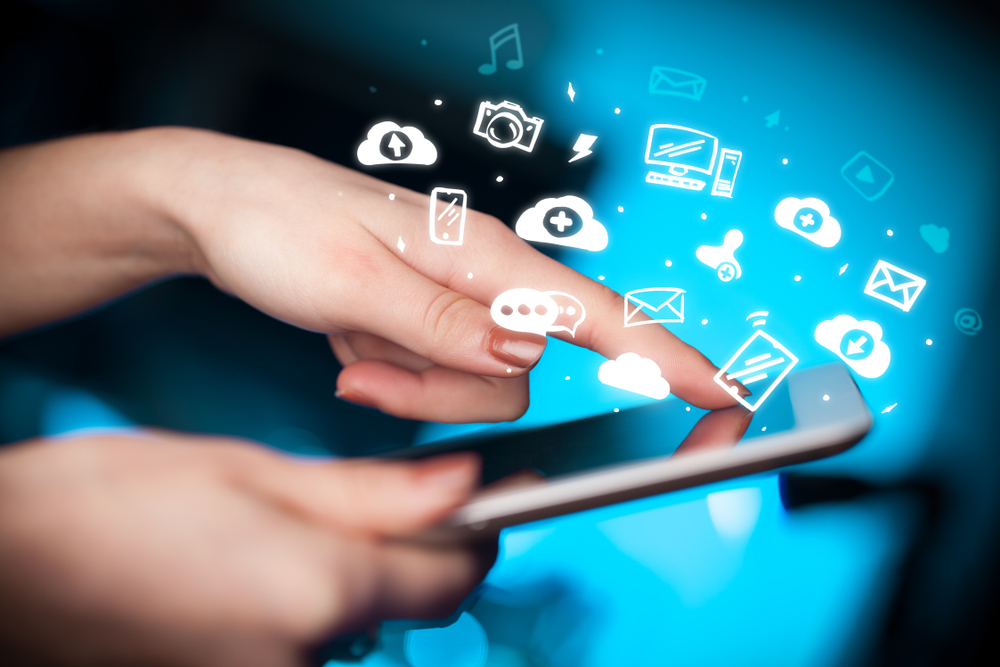 Without a doubt, my most used app is Ulysses, a markdown text editing app for the Mac. It’s the app I use to write novels, blog posts, and ideas — pretty much everything, truth be told. I used to use Scrivener for novel writing but have recently moved that to Ulysses, and so far, it’s been working out great. If, for some reason, I need to use a rich text word processor, I’ll use Apple Pages. Though I also have a subscription of Microsoft Office 365, I’ve been moving away from it recently and will most likely cancel it when it expires in the coming year.

Given that I’ll be moving away from Excel, I use Google Sheets for my spreadsheet needs. This is where I maintain my bookkeeping spreadsheets and any other ones related to my business.

I also subscribe to Adobe’s Photography subscription, which consists of Lightroom and Photoshop, my main photo editing applications, and it only costs $10 per month. I occasionally use a few other photo editors such as Luminar and Photomatix, but the Adobe apps are my main ones.

Another app that’s been part of my arsenal for many years now is DevonThink, a powerful database app for the Mac. This is my “storage” app, and I use it to store tidbits that I might need later. Once Evernote started charging $80 per year, I migrated over to DevonThink and have been quite happy with it.

There are a couple of writing tools that I use to check grammar and spelling and the like, and those are: Grammarly and ProWritingAid. They each have their individual strengths so instead of choosing, I subscribe to both of them.

My blogging platform is WordPress, and I’ve been with them from the very beginning. I’m using the self-hosted version of WordPress (wordpress.org) as opposed to the hosted version (wordpress.com) because I love tinkering under the hood. It truly is a flexible platform, and I love all of the options, themes, and plug-in available for it. I briefly tried Squarespace, but it didn’t work out so I went back to WordPress. Speaking of blogging, I use MarsEdit as my blogging editor. My process is: 1) Write the post in Ulysses 2) Copy it as HTML and paste it into MarsEdit 3) Add images and send the post to my blog. MarsEdit is another app that I’ve been using for many years, and I’m thrilled with it. Among other things, the lack of MarsEdit support was one of the reasons I dumped Squarespace.

I also can’t neglect to mention Todoist, my go-to task/project management app. I’ve tried many of them over the years, including Things, Omnifocus, Google Keep, To Do, and Remember the Milk, but Todoist is my favorite, and I always find my way back to it. It’s not only extremely powerful, but I love its natural language ability, making it a snap to add new tasks. I use this several times a day, rendering it probably my most-used app.

I wrote a blog post a while back about how I seesaw back and forth between music services. Right now, my main music streaming service is Spotify, and it has been for quite some time. I always mange to find my way back to Spotify and have no plans to leave it anytime soon.

For TV/Movie streaming, I subscribe to a couple of them: Netflix, HBO Max, Disney+, Apple TV+ and Dekkoo. This is rather amusing given that I hardly ever watch television, usually preferring to curl up with a book. However, I recently have started watching shows while I’m working out on the treadmill so I can feel as though I’m getting my money’s worth from my streaming services. I also have a weekly movie night at home so I end up watching a few movies a month. I subscribed to Disney+ last year because there were a few things I wanted to see but will probably not renew it this year. I’ll stick with the others for the time being.

I also subscribe to Audible Premium Plus and Book of the Month, the original book box service. I’ve belonged to both of them for many years now and don’t plan on leaving anytime soon. I listen to a lot of audiobooks during the year, so Audible is a no-brainer. I listen while I’m cleaning, cooking, eating etc. so I manage to tear through at least a few books each month I subscribe to the 24 credit per year plan, which equates to less than $10 per book. I also love Book of the Month because it helps me discover books that I normally wouldn’t have read. Both are worth it, in my opinion.

For file storage/cloud storage, I use Dropbox. I use this service to store any files that I want automatically backed up in the cloud as well as anything that I’ll be sharing or collaborating on with others. I also have a 200 GB Google One subscription, a family plan, which I mainly use for photo storage and access to the Google Suite of applications. For cloud backup, I use BackBlaze which backs up my computer seamlessly in the background. 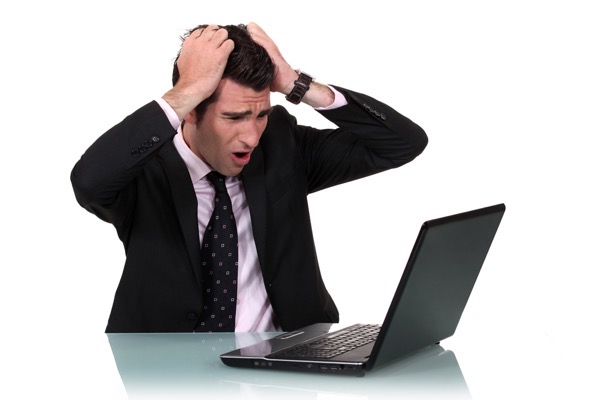 Additionally, I use BitDefender and Malwarebytes to protect my computer against viruses, malware, and ransomware.

Those are the Main Ones

Those are some of the main tools, apps, and services that I use. There are many more which I’ll probably chat about in future posts (because I’m a geek and like to talk about this kind of stuff). I don’t plan on deviating too much from this in the coming year, but who knows? Last year I gave Notion and Obsidian a brief test drive but ultimately decided I didn’t need them. Though they are powerful and impressive, they didn’t fit into my workflow. Given that my main focus in 2022 will be novel writing, I’ll probably stick with what I’m currently using…but then again, maybe not.

How about you? What are some of your favorite tools, services. and apps? 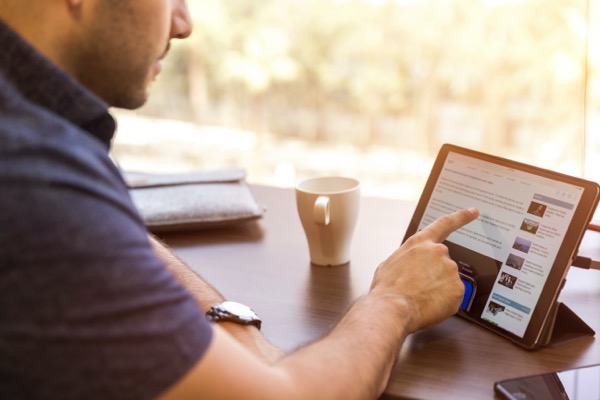 These days, I do the majority of my work on my iPad, a device I’ve come to love more and more over the years. Many people often ask me what are some of my favorite iPad apps so in today’s post, I thought I’d share a few of them with you.

What are your favorite iPad apps? 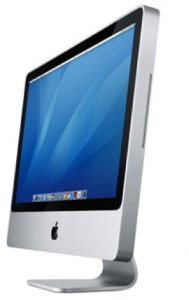 I’ve been a Mac guy pretty much for the past 12 years (please – no ‘Mac vs. PC’ rants: I’ve heard them all) and had been working with a 2008 Macbook Pro. Over the past few weeks/months, I’d noticed that the machine had really begun slowing down, especially since upgrading to Lion, the latest version of the Macintosh operating system. It was taking forever to carry out routine tasks and I was beginning to get frustrated. I performed all of the required computer maintenance, ran various cleanup scripts but the darn thing still chugged along like a locomotive with three broken wheels. I looked into adding additional memory but sadly discovered that 4 gig was as high as I could go.

Now in addition to being a fiction writer, I also write technical manuals so I tend to need quite a bit of computing power. Finally, I decided to break down and get a new computer. But instead of buying directly from Apple’s main online store or one of their retail stores, I thought I’d give their Refurb Store a try. I checked back daily for awhile until a listing finally caught my eye. It was a speedy New iMac that was greatly discounted — almost four hundred dollars less than the list price (the price found on the Apple Store). After hemming and hawing (and fearing the inevitable buyer’s remorse), I finally pulled out my credit card and bought the darn thing.

But I wasn’t finished yet. The machine shipped with only 4 gig of ram (the same amount as my old Macbook Pro). I I headed over to Crucial’s Web Site and purchased 16 gig of ram (it was quite a deal!). A couple of days later, my computer and ram arrived and since I have been one happy camper. I couldn’t help but wonder why I had endured so much frustration for so long? I knew for awhile that it was time to upgrade some of my aging equipment as it was taking me longer and longer to get my work done. I am now considerably more productive with less anxiety.

The moral here is that we need to evaluate our tools from time to me to make sure that they are still working for us. Take a look at what’s out there and see whether it can make your workload a little lighter, a little easier and a little less frustrating. Sometimes, upgrading to the latest version can make all the difference in the world. I know it did for me.