You are here: Home / Archives for Writing

A few years ago, I did NaNoWriMo. For those of you who aren’t aware of what this is, it stands for National Novel Writing Month and takes place in November. During this time, people (anyone can join) try to write an entire novel of at least 50,000 words in 30 days. I participated in this a few years back, during which I wrote a gay-themed fantasy novel that follows a group of werewolves.

I set it aside for close to a year, and I finally got around to starting the editing process. I made an entire first pass through it and was quite pleased with the way it was coming along. Well, as luck would have it, I became ill for a bit shortly after that, which was followed by a flurry of doctor visits, hospital visits, medical tests, x-rays, and drastic lifestyle changes. I got so wrapped up in all this that I completely forgot about the novel.

I mean, who forgets that they wrote a book? Apparently, I do.

So there I was, combing through my hard drive in an attempt to do a bit of digital spring cleaning when I came across a Scrivener file entitled, “Werewolf.” I then gave myself a good old-fashioned palm slap to the forehead once I realized what it was. How could I have forgotten? I’d wanted to write a gay werewolf novel for ages, and I was so excited when I finally did it. And then…..it gathered dust in a forgotten computer folder.

Anyway, I read through it last week and really liked what I’d done so far. I was surprised at how far I’d gotten in the editing process. So I resurrected the book and am now once again editing my heart away. I decided to put my Ghost Oracle series (Book 5) aside for a brief moment and instead focus on my werewolves. So hopefully, you should see a new werewolf novel in the coming months, followed shortly thereafter with another Nick Michelson ghost story.

In the past, my morning routine involved getting up, having coffee, spending an hour (or two!) browsing through my newsfeeds, and then buckling down and getting to work. But what I found was that often, work was really a chore. I struggled to get the words down on paper, and some days I didn’t do a very good job of it. I’ve tried writing in the middle of the afternoon, but that was even worse.

Then one day, after I poured my morning coffee, I decided to skip browsing the news and instead dive directly into working on my latest novel. Before I barely finished my second cup of coffee, I had already written 2,200 words. I was amazed — stunned, actually — at how smoothly and quickly the words came.

I tried it again the following day, and sure enough, the words poured from me like a faucet. I began to suspect I was on to something here. I’ve always believed that I could never delve into the day’s work before I’ve had my morning coffee, perused the news and answered my emails. After all, it’s what I’ve always done. Yet this was different, and it worked. I tried it again and again on subsequent mornings, each time receiving the same result — increased and more effortless productivity.

Now, I’ve never been a morning person (more on that in another post), so I certainly never figured I’d be one to hop out of bed and begin tapping away on my keyboard… and yet, here we are.

I wanted to test this new theory of mine further, so the following morning, I reverted to my old habit of reading my email and scrolling through my newsfeed. When it came time to write, that familiar struggle was there, in which producing words was like pulling teeth. So I could only assume that….what, I’m a morning person?

Nah. What I do think is going on is that for me, creativity comes much more easily when I don’t have a brain cluttered with daily news, spam, obligations, and email messages that I need to address. I never realized how much that stuff affected my productivity and weighed me down. I appear to be more productive when I tackle my cognitive work right after I get up.

So that’s what I’m going to do from here on out because it appears to be working.

In addition to fiction, I also write computer training manuals and software manuals to help users get up to speed quickly with whatever software they’re using.  My “Up To Speed” guides are available in ebook format from Amazon, Apple iBooks, Kobo and Barnes and Noble.  If you’re a PDF type of person, the PCM Courseware site carries them in PDF format. 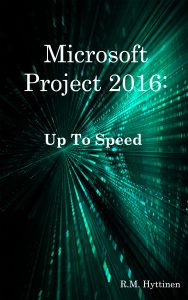 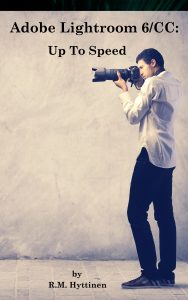 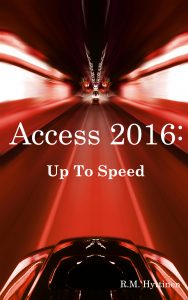 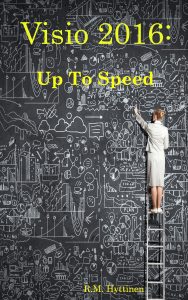 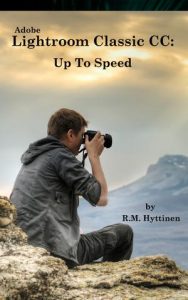 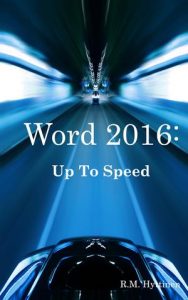 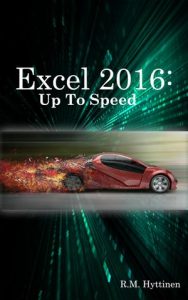 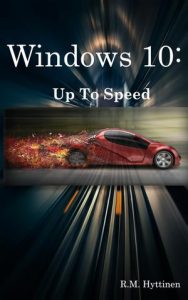 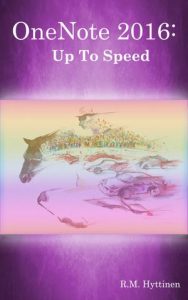 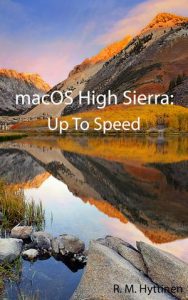 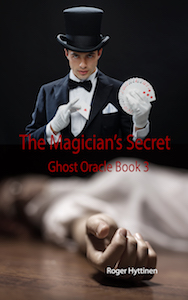 Below is the cover for my upcoming book “The Magician’s Secret”, the third book in my Ghost Oracle series. The book will be released in ebook and in print format the beginning of January. 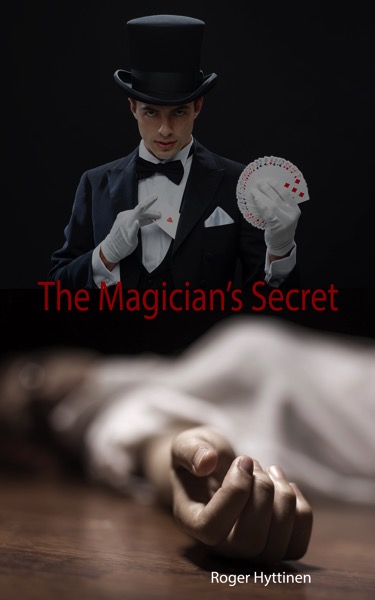 Nick later discovers that the ghost’s daughter is accused of her mother’s brutal murder and is locked up at a psychiatric facility awaiting to be tried as an adult. After visiting the young girl at the facility, he reluctantly decides to help her.

As Nick becomes more involved, things only get stranger in the coming days — and more dangerous for him, the magician and the magician’s son. After an attempt is made on Nick’s life, he vows to step away from the situation. But the ghost – and the murderer – aren’t so quick to let Nick get away.

The latest book in my Ghost Oracle series -Anaconda!” is now available on Amazon, iTunes, Nook and Kobo. The series follows the adventures of sixteen year old reluctant psychic Nick Michelson, who tries to assist the various ghosts who come to him for help.  Things don’t always go smoothly for our young psychic however, and he oftentimes finds himself in hot water.

In Anaconda!, Nick encounters the frightening ghost of a dead Marine while at the same time trying to figure out if a serial killer is about to go on a rampage at his school.

Here is the blurb:

Just a few short weeks ago, sixteen-year old Nick Michelson discovered that he was a psychic medium destined to help restless spirits cross over to where they belong.  One evening while working after-hours at his high school, an especially frightening ghost of a bloody soldier appears to Nick and attacks him. Nick sets out on a quest to learn who the ghost is and why he is haunting Nick’s high school.  Using his deck of tarot cards as a tool, he gradually begins to unravels the mystery surrounding the ghost’s death.

Meanwhile, Nick is experiencing disturbing dreams and visions during which he witnesses, through the eyes of a killer, the brutal mass murder of several of his classmates at his high school. As Nick gets drawn deeper and deeper into a web of mysteries surrounding his nightmares and the ghost of the soldier, he begins to suspect that the two are related — and that the horrific scene from his nightmares is actually a premonition of events that may — or will — come to pass.

Nick must solve the riddle of his enigmatic premonitions and race against time to somehow prevent an unknown killer from shooting up his school — and not become the shooter’s first victim in the process.

My Anaconda! page is HERE