You are here: Home / Musings / Misowhat? 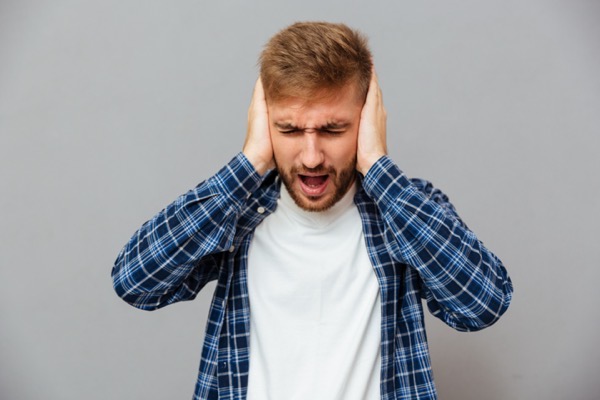 Quite a while ago, I was chatting with my physician. I don’t recall how to topic came up, but I mentioned that for some reason, the sound of lawnmowers sends me into a murderous rage.

“Oh, really?” He asked, raising his eyebrows. “Is there anything else that does this to you — any other sounds that bug you?”

I immediately told him that yes, I have the same reaction to leaf blowers (they are worse than lawnmowers!), weed-whackers, chain saws, and the loud, rhythmic backup beepers of industrial trucks. And for the life of me, I can’t understand why these sounds don’t seem to bother other people as they do me.

He then explained that Misophonia is a neurological disorder that is triggered by specific sounds (though some people can have visual misophonia). People who have it experience extreme adverse emotional reactions to these sounds. That is to say, people become enraged by them. Apparently, for some people, this includes sounds such as someone crunching or chewing food, whistling, sniffing, tapping a pencil on a desk, brushing their teeth, chewing gum, and more.

I then recalled an acquaintance of mine who cannot stand it when anyone eats crunchy food such as chips or nuts. It makes him crazy.

I asked my physician if there was any treatment, and he told me that options include behavioral therapy and antidepressants (I believe Prozac was mentioned). However, I wasn’t ready to pursue those avenues quite yet. He then suggested that I purchase some noise-canceling headphones as an alternative as these will block out most of those low-level sounds like leaf blowers and lawnmowers.

I took his advice and purchased a pair of Bose Quiet Comfort over-the-ear headphones. Boy, what a difference they make! Now, I always have a pair next to me at home while I’m working so that whenever anyone fires up one of those infernal devices, the headphones make the sound completely disappear — no more murderous rages for me.

I was not too fond of the idea of wearing the big cans outside while walking, though. So I purchased a pair of Apple Air Pods Pro, which are Bluetooth noise-canceling earbuds. They don’t work quite as well as the Bose headphones, but they do an okay job blocking out most of the annoying machine-generated outdoor sounds. At night, I have a white noise machine going to overpower the sound of those early-morning lawnmowers.

So if certain sounds make you crazy, know that you’re not alone. It may be a disorder that your doctor might be able to help with, especially if it’s affecting your social life. But to block out those low-level sounds, my headphones have become indispensable.