You are here: Home / Archives for GBF 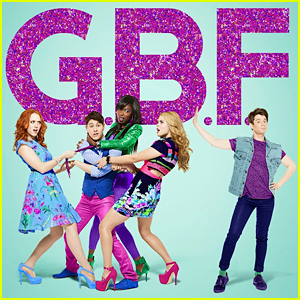 I just viewed a fun & wacky indie YA comedy called G.B.F. and I loved it! Unfortunately, this film didn’t receive a lot of press and as such, only played in select theaters. If you wish to see it, you may have purchase or stream it on Amazon.

G.B.F. stands for Gay Best Friend and takes place in a suburban high school. Here we are introduced to three female divas all of whom are battling each other for supremacy of the school. Each one decides that in order to the queen bee, she needs obtain for herself a gay best friend. Not an easy task, considering that there are no out gay students at the high school. But that’s all about to change.

Flamboyant Brent (played by Paul Iacono) is hungering to be popular and sees this as his opportunity for school stardom. But his plan backfires and instead of outing himself, his shy best friend, Tanner (played by Michael J. Willett) ends up being the one who is outed. The three wanna be school queens spend the rest of the movie vying for Tanner’s attention and jump through outrageous hoops to obtain him as her exclusive new GBF.

The movie pokes fun at many high school stereotypes which some people may or may not find offensive. For instance, the cattiness and vindictiveness of the three young school divas during their quest to have Tanner be their own personal GBF made me think of the sterotypical high school mean girls. The movie also poked fun of those religious folk who do not walk their talk; such as ‘Shley (Andrea Bowen), a mormon who likes to drink and have sex and her mormon boyfriend ‘Topher (Taylor Frey) who has a bad habit of trying to seduce his gay classmates.

In addition to poking fun at stereotypes, the film was rife with witty, fast-paced one-liners and jabs and I found myself roaring with laughter many times throughout the movie. The scene where Brent and his mother (played by Megan Mullally, who played Karen on Will & Grace) watch Brokeback Mountain together was hysterical. At one point, she says in regards to the movie, “Oh Heath, it’s freezing. Swallow your pride and go into the tent. Well, I guess necessity is the mother of invention.”

But it’s Serious, too

While this film certainly can be classified as trite, silly, wacky fun, there is also a serious element to it. This is not simply a story about three stuck-up girls who use a young gay student as a fashion accessory; it is also a tender best-friends love story with an emotional depth that renders it heartfelt. It’s an inspiring film that treats the subject of choosing between popularity and friendship with emotion and humor. This is fast-paced story filled with laugh-a-minute dialog, love, hope, friendship and some angst, that will touch anyone’s heart. And though Tanner and Brent go through some real turmoil, they experience real growth and change – and they come out in the end better people for it.

If you get a chance to see it at your local theater, I recommend you do so (it’s always great to support independent films). It’s a delightful tale of school popularity and friendship that doesn’t disappoint. You can also get it from Amazon HERE. Recommended!!