You are here: Home / Archives for No More Phone Calls 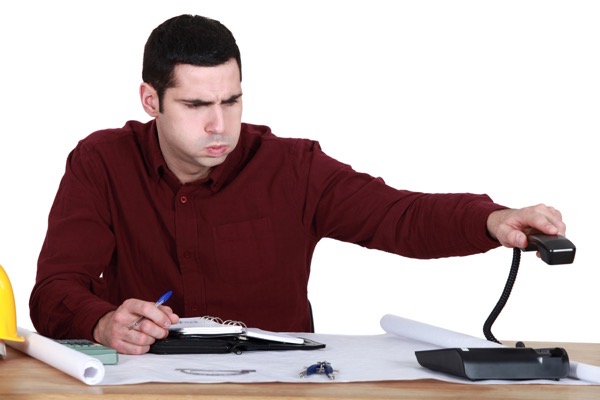 Recently, a friend wanted to use my phone to call their spouse (they’d forgotten their phone at home). So I handed them my phone, and a moment later, they asked, “Where’s your phone app?”

“Huh. I take it you don’t use your phone very often?”

It’s been quite a while since my phone app was on my Home screen. These days, I only answer calls from people in my “Whitelist” because any other call is bound to be a 1) spammer, 2) scammer, or 3) a Robocall. For a while there, I was getting upwards of 20 of these types of intrusive calls per day — calls that would cause me to put down whatever I was doing to answer them. Calls that would completely derail my train of thought. Calls that I found more and more irritating.

They finally got so bad that I permanently put my phone on Do Not Disturb mode. That means that any caller who is not in my approved caller list goes directly to voicemail. Doing this certainly has helped my peace of mind as well as my productivity.

While talking to others about this issue, I learned that I’m not the only one to have taken this step. Apparently, many other people are no longer answering their phones because of telemarketers and robocalls. In fact, most of my friends and family use text messages or email to contact me those days — though I do still receive the occasional phone call from a non-techy family member. I can’t help but wonder if the concept of calling someone on the phone will eventually disappear, especially given that fewer and fewer people are using their phones as a….phone.

When I was growing up, everyone had a landline because no other options were available. Now there’s a myriad of ways to contact people, such as text messaging, social media, and email. It is a shame that the telemarketers, spammers, and scammers have ruined the phone for many people, but truth be told, I’m not overly heartbroken about it. I’ve never been a phone person myself and generally dislike talking on the phone. So when text messaging came along, it was a no-brainer of a transition for me.

I wonder, however, if the annoying and unwanted calls ever came to a stop because of technology or legislation, would people flock back to using their phones? I’m guessing not, but then again, there are plenty of people who enjoy talking on the phone. I’m definitely not one of them.

How about you? Do you think phone calling is dead?