You are here: Home / Musings / A Blackout! 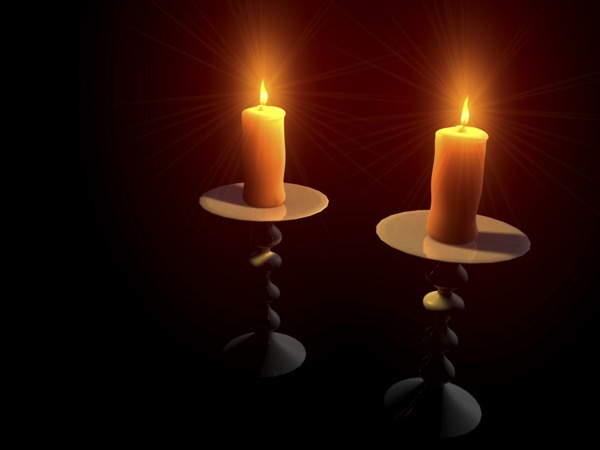 You may have noticed that the blog was a bit quiet this week. It’s not that I had a lazy spell and didn’t feel like posting. Rather, my power was out for nearly three days.

Earlier in the week, we had a hell of a thunderstorm accompanied by hail and gusts of up to 60 mph. I was in the middle of eating dinner when everything went dark. Now, this does occasionally happen, our power going out during a storm, but it’s usually back on within half an hour. Not this time. I waited and waited, but it didn’t come back on. So finally, using the flashlight app on my phone, I went to the basement in search of some candles.

I subsequently learned that close to 200,000 people were without power, mainly due to trees falling on power lines all over the city. The news headlines informed us that it could take several days for cleanup to be achieved and power to be restored. Great.

This is the first time since I’ve lived here that we’ve had to go without power. It certainly was interesting, to say the least. For one, my ability to work was limited. I didn’t have my computer to work on, but I was able to get some basic stuff done on my iPad. Of course, the problem here was that I’d eventually need to charge the iPad and my phone. A few years back, I purchased a couple of portable charging bricks, mainly so I could charge my phone if I was on the go (such as on a photo safari) and not have to worry about the availability of AC outlets. Truth be told, I’ve only used them a few times over the years, mainly during weekend camping trips. But they sure came in handy this week! Using them, I was able to charge my phone and iPad a couple of times, so I wasn’t completely cut off from the world.

Living through this power outage made me realize how utterly dependent on electricity I am. Given that cooking was out, I had to try and find a restaurant that was open where I could pick up some takeout. I also managed to pick up some groceries for “cold meals” such as sandwiches. I got some canned coffee as well (did you know that canned coffee has 210 calories?)

Anything I wanted to accomplish basically had to be done during the daylight hours because by evening, it was way too dark to see in the house. The candles helped somewhat but not nearly enough. There was also no dishwasher, no laundry, to charging my electric toothbrush. Hell, I couldn’t even play piano to pass the time because I own a digital piano that needs to be plugged in.

Speaking of killing time, there isn’t a whole lot one can do when your house is lit by only a couple of candles. It’s definitely too dark to read. Luckily, I could stream audiobooks on my phone, so I did that for a couple of hours each evening.

It’s also worth mentioning that this took place during which the outside temperature hit about 95 degrees Fahrenheit. So I ended up spending pretty much all my time outside on my deck as it was way too warm in the house. I didn’t mind, though, as my deck is shaded by a giant oak tree next to the house, so it was reasonably comfortable. I also happen to be a person who doesn’t mind the heat (it’s the cold I can’t stand), but I imagine the heat would have been challenging for some people.

By the end of the third day, my charging bricks were nearly dead, so I would have to find somewhere to charge my devices the next day. Luckily, it didn’t come to that because at 4:30 in the morning on the 4th day, the power came back on. Whew!

Those few dark days certainly proved to be an adventure. Funny — the possibility that the power would go out for several days never occurred to me. If it happens again, I need to be a little more prepared than I was this time. I decided I’m going to try and find a battery-powered lantern of some kind that’ll give off more light than a few candles, something I’ll be able to read by. I may also pick up another charging brick or two, so I don’t have to worry about charging my phone & iPad; this way, I can still work. I’m also going to dig out my old propane-powered camping stove and keep it handy, so I’ll at least be able to cook and make coffee. Keeping some canned food around probably wouldn’t be a bad idea either. These are all things that we don’t think about until we need to. A little preparedness can go a long way when it’s necessary.

How about you? How ready are you for an extended blackout?