You are here: Home / Musings / Why not start today? 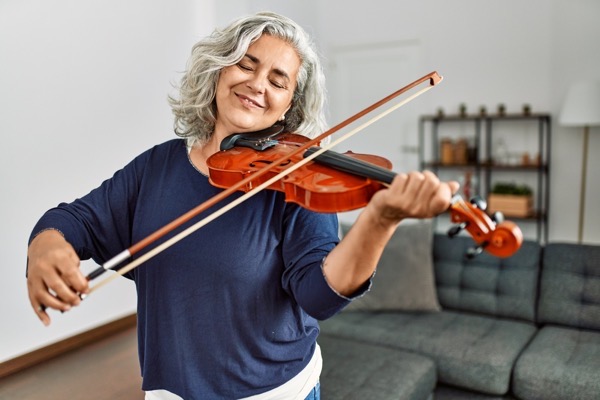 I was chatting with an acquaintance recently, and they were talking about how they’d always want to learn to paint and that they regret never taking it up. “Why not start now?” I asked.

That made me think of a quote from Karen Lamb, who said, “A year from now you will wish you had started today.”

This simple quote has gotten me off my butt and learning new things more times than I can count. A year ago in March, I started learning the piano. When I first considered the possibility, my initial thought was, “I wish I had learned when I was younger.” But then, that simple quote reminded me that if I had started last year, I would have had a year of piano practice under my belt.

Then I thought, “If I start now, next year this time, I will have a year of practice experience. So I started taking lessons. And lo and behold, a year later, I can play over a dozen intermediate-level songs. Four years from now, I’ll have five years of piano playing experience. That’s much better than saying five years from now, “I wish I had started this five years ago.”

Not only that, playing the piano is something I’m passionate about, and I couldn’t imagine not having it in my life.

So I’ve applied this quote to anything I ‘wish I would have learned sooner.’ They say there’s no time like the present, and there is more than a nugget of truth to that. I’ve recently been studying Spanish and am progressing nicely. I’m hoping that in a few years from now, I’ll be able to hold up my end of a conversation with a native speaker.

It’s really never too late to start something you want to learn or that you’re passionate about. A guy in a piano message forum I belong to said that he started learning piano in 2019 when he was 85. He’s now 88, has three years of piano playing experience, and is now uploading videos of him playing — and he’s quite good! His goal is to perform at a concert when he’s 95. At this rate, he’ll pull it off before then.

So yeah, why not start today? Next year this time, you might be saying, “Damn. I’m so glad I started this a year ago. Look how good I am now!”