You are here: Home / Movie Reviews / Streaming Movies (or not) 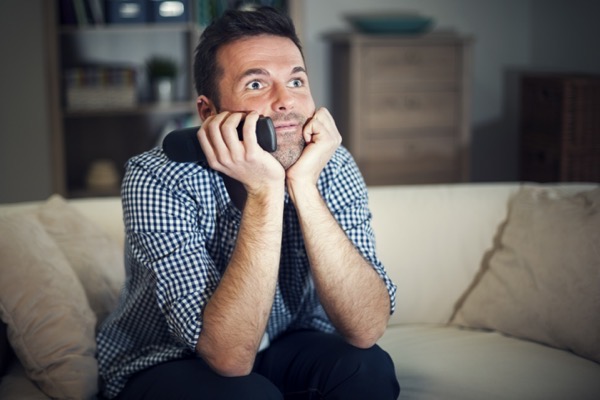 I’m kind of a meticulous list-maker — or should I say, activity tracker. I keep lists for all sorts of stuff: the book I’ve read, the movies I’ve seen, the beers I’ve tried, places I want to visit, etc. But when I opened my list book (Bullet Journal) the other day, I was kind of surprised by what I found — or should I say, what I didn’t find.

In a previous blog post, I mentioned that I recently streamed the film “A Star is Born.” So when I went to make the entry into my “Movies I’ve Seen” list, I was surprised to note that there were only three other entries for this year: In the Heights, Hamilton, and Zack Snyder’s Justice League. I thought, “This doesn’t seem right — there must be some I’d forgotten to written down.” So I racked and racked my brain and eventually had to come to the conclusion that yes, I’d only seen three movies this entire year.

This is super unusual for me as by midsummer, I typically would have seen between 20-40 movies. I mentioned previously that I used to go to the movies every weekend (sometimes more) to see an opening film, so that would have been probably around 30 movies alone. But when the pandemic hit, I told myself that I’d just stream movies from home rather than going to the cinema.

Yet strangely enough, I have not. It’s not like I don’t have access to movies, given that I subscribe to Netflix, Amazon Prime, Disney, AppleTV, and HBO Max. Although, now that I think about it, it’s kind of odd that I subscribe to so many services given that I don’t watch TV all that much (though my spouse watches much more than I do). I also subscribed for a year to a couple of them when they were running specials, which ended up costing me around $4 to $5 per month. Oh, I almost forgot about subscribing to Starz (via Amazon Prime), which I subscribe to only to see American Gods (I’m a huge Neil Gaiman fan here!).

It’s also not like I don’t enjoy watching movies because, again, as I mentioned above, I used to see a movie every week, something I’ve done for years. However, I guess during the pandemic and lockdown, my interests have shifted to other things. I’m definitely reading more books than previously, and I started learning piano a while back, so I’m spending more time on that as well.

But after realizing that I’d only seen a couple of films this year, I’ve set a goal for myself to try to watch at least one, maybe two movies every week. I have a ton of films in my various watchlists that I want to see, so it’s not like there isn’t anything interesting that I want to watch. I guess viewing movies kind of just slipped my mind this past year as time somehow got away from me and old schedules drifted away. I’ve always considered myself a movie buff, but it appears as though I haven’t been living up to my reputation.

So we’ll see how my new movie viewing resolution goes. I’ll share my experiences with you on this blog as a way of keeping myself accountable. If I continue not to watch movies, I’ll have to reconsider some of my streaming subscriptions when they come due — though, to be fair, I do have a couple of television shows that I watch. I’m just not sure if it’s enough to justify all those streaming services.

How about you? See any good movies lately?